More than 100 years of platypus observations for 277 waterways across the breadth of Tasmania are now available for download via TERN Eco-informatics’ ÆKOS data portal.

The Tasmanian Platypus Survey dataset has been submitted into ÆKOS by the Tasmanian Department of Primary Industries, Parks, Water and Environment (DPIPWE) and contains historic records from 1901 to 2007 that were compiled and analysed to run a comprehensive survey across Tasmania and King Island between 2008 and 2009.

Open-access via ÆKOS is, for the first time, enabling the ecosystem science community to view and download site data on platypus observations, collection methods and the relationship among observations.

The 2008-2009 live trapping surveys were undertaken to determine the spread, prevalence and persistence of the disease. In addition, demographic (sex, age), morphometric (body size) and health and moult condition of captured individuals were assessed. Furthermore, influences of mucormycosis on the hematology, plasma biochemistry and other indicators of health in platypus were investigated.

Methods included live trapping using Fyke or Gill nets across catchments that were historically affected by mucormycosis, possibly affected and outside the know distribution of the disease.

Over 200 platypuses were caught and microchipped, measured, sexed and examined for health and condition indicators. These indicators included Tail Volume Index, fur moult status and evidence of parasites, and ulcers caused by mucormycosis.

Integration of the Tasmanian Platypus Survey to ÆKOS not only provides for centralisation of and increased accessibility to the data set for researchers but also contributes to the enduring knowledge base for this precious creature. The scientists responsible for collecting and compiling the information for the Survey, Nick Gust and Josh Griffiths are also recognised.  This is the first data set that DPIPWE has worked to make transparent within the ÆKOS Data Portal. Following its successful integration the Agency is enthusiastic to identify further data sets that may be suitable for the ÆKOS Data Portal to support the maintenance of our corporate scientific knowledge.  The Agency is also working to integrate the Tasmanian Platypus Survey within their State information management system, the Natural Values Atlas. 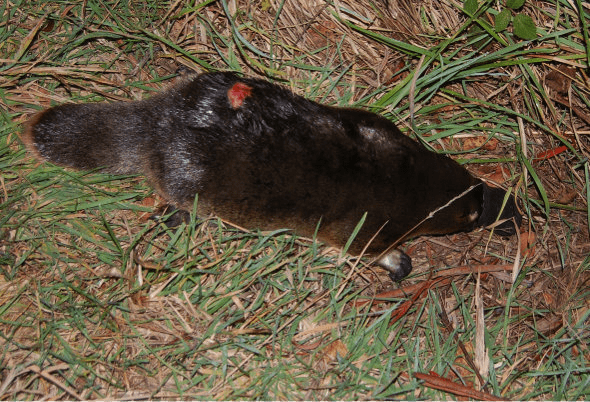 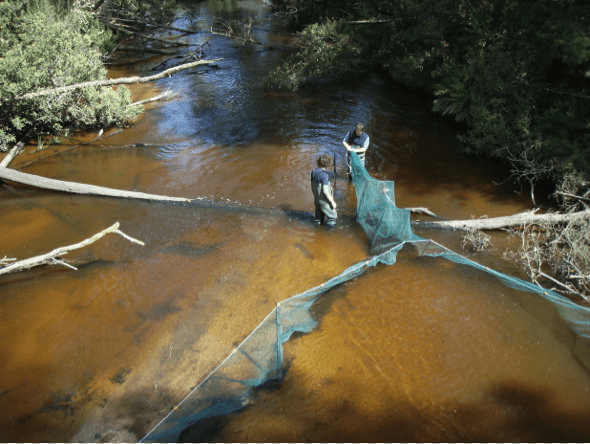 Researchers from the Tasmanian Department of Primary Industries, Parks, Water and Environment (DPIPWE) set-up a net Scottsdale in Tasmania to catch platypus so they can be microchipped, measured, sexed and examined for health and condition indicators (photo courtesy of Nick Gust)