Imagine if each soil type had a barcode. Researchers could scan their plots to understand why particular flora and fauna exist where they do. Farmers could scan their paddocks to get a fix on data that would help them improve yields. You could scan the soil in your backyard and find out why the leaves on your lemon tree are turning yellow.

Sound far-fetched? Maybe the scanning part is, but not the barcoding of soils. A project is under way that is doing just this, by exploiting the synergies between infrastructure projects funded by the National Collaborative Research Infrastructure Strategy (NCRIS).

The project to barcode Australia’s soils, called Biome of Australia Soil Environments (BASE), is being used to create a national dataset on soil. BASE is a collaboration between NCRIS-funded partners TERN, Bioplatforms Australia, The Atlas of Living Australia (ALA), and the Australian National Data Service, with CSIRO and a host of other partners including federal and state governments, universities, NGOs and industry groups.

The BASE project will collect metagenomics measurements across a range of sites in order to create a reference map of Australia’s soils. Metagenomic analyses will quantify the community that lives within the soil (bacteria, fungi etc.) as well as the physical characteristics (pH, moisture etc.). The datasets will be made publicly available and can be linked with other measurements and data such as overland surveys, meteorological data and geological information to enhance the ecological knowledge of the Australian continent and contribute to land-management strategies.

Three TERN facilities are involved in sampling soil for BASE: AusPlots, the Australian Transect Network and the Australian SuperSite Network. So far they have contributed samples from over 50 sites across Australia. Once processed, at least some of these metabarcoding data will also be available through TERN Eco-informatics’ Australian Ecological Knowledge and Observation System (ÆKOS) and the data-visualisation tool Soils to Satellites. 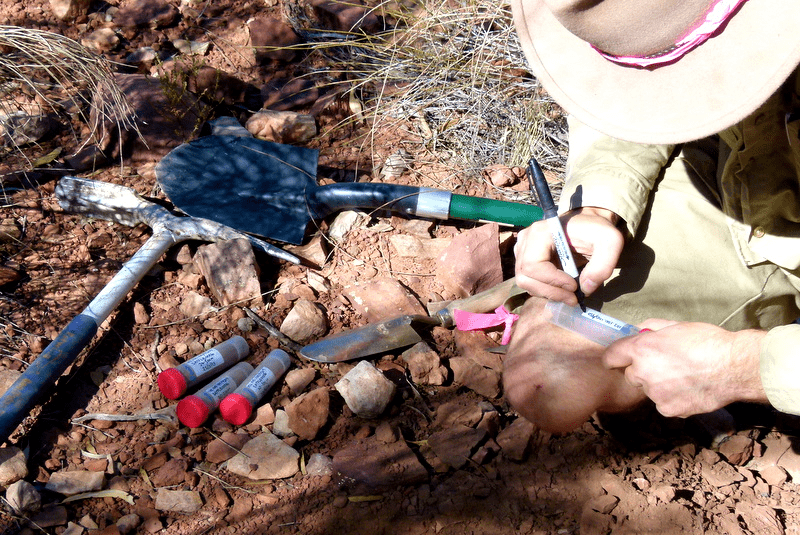