Citizen science in South Australia takes an exciting step forward this month with the launch of the TREND program’s mobile app.

The program, Transects for Environmental Monitoring and Decision Making, is part of TERN’s Australian Transect Network, which sits in the Multi-Scale Plot Network. From its inception, TREND has integrated its core science with the wider world by engaging those in policy, land management and citizen science. The program’s study sites span South Australia’s heavily trafficked Heysen Trail, so there is great potential to engage an already interested community in collecting scientific data as they learn more about the ecology of the region.

TREND’s Program Manager, Mr Stefan Caddy-Retalic, said the app, produced for iPhone and Android devices, allows interested members of the community to submit photos of sightings of species including orchids, cockatoos and banksias that TREND researchers are studying, as well as images at predetermined photo points that help researchers record how sites change over time.

‘We’ve also built a game element into the app: it awards points to users to encourage competition, by running individual and team league tables. However, fundamentally, the app is a serious scientific aid, and an excellent way of harnessing the expertise of community groups to help with the scientific work we’re doing. All of the sightings submitted through the app are automatically stamped with a time, date and GPS location so they’re scientifically valuable. We’ve selected a range of native and invasive plants and animals that are sensitive to environmental change as a starting point, and we’re working with researchers within TERN and externally to identify more,’ Stefan says.

All records app users collect are automatically uploaded and mapped on the TREND sightings map, where they are available for search and download.

TREND has partnered with the Australian Centre for Visual Technologies to develop photo-capture and analysis technology that allows citizen scientists to use their phones to capture stereo pairs of images which can be turned in to three-dimensional landscape models. As images from the same site accumulate, they can be used to model environmental changes such as weed invasions, the effects of fire, regeneration and ecological succession.

Associate Professor Nikki Thurgate, the Director of MSPN, said it was the first time this technology was being used by non-professionals interested in science.

‘It will vastly increase the information we can collect from sites of ecological interest. In turn our models will improve, along with our understanding of how Australian landscapes change over time,’ Nikki said. 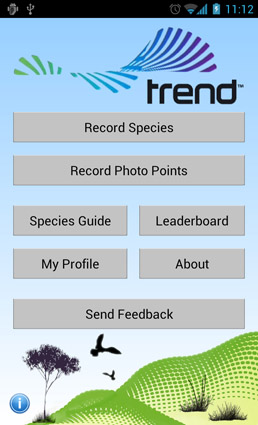 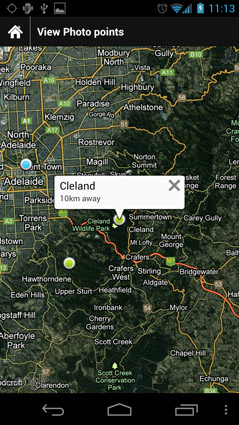 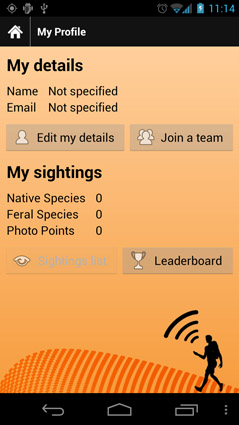