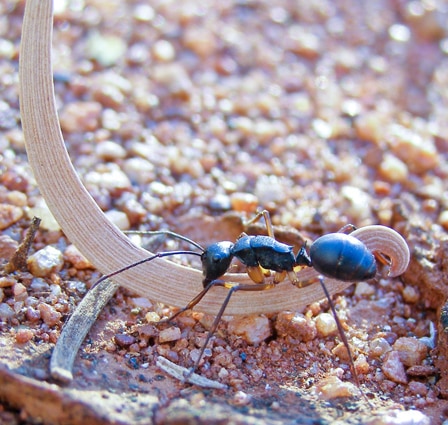 A individual of the ant species Polyrhachis macropus, one of many Australian ant
species that Israel will study during his Fulbright Fellowship (Photo courtesy
of Dr Alan Andersen)

The North Australian Tropical Transect (NATT), part of TERN’s Transects sub-facility within the Multi-Scale Plot Network, will play host to Fulbright Fellow Israel Del Toro for the next year.

Israel, a fourth year doctoral candidate at the University of Massachusetts, is researching ants to address questions about the ways species respond to regional climate change.

He has worked in the temperate and alpine ecosystems of the north-eastern United States, where he sampled ant populations along latitudinal and elevation transects to better understand community composition across environmental gradients. Working with his PhD supervisor, Dr Aaron Ellison at Harvard University, Israel has also undertaken experimental work at Harvard Forest, which is part of the US Long-Term Ecological Research Network. These experiments manipulated the temperature of ant nests and entire communities to examine resulting changes in species richness and diversity.

Hosted by Dr Alan Andersen at the CSIRO Tropical Ecosystems Research Centre, Israel will use his fellowship year to study ant communities along the NATT, employing parallel approaches to his US fieldwork. He will sample ants every 50 km for a total of 800 km, a distance that encompasses a 1200 mm rainfall gradient. In doing this, he intends to establish an overview of how the composition of ant communities change across rainfall gradients.

Israel said he was attracted to working in Australia because of the existing research infrastructure.

As Israel says, Australia is also ‘a myrmecologist’s dream’, with over 6000 ant species, most of which occur in central and northern Australia. In addition, Australia offers a unique context in which to study the effects of regional climate change, as the climate conditions predicted for parts of northern Australia in 50 to 80 years do not exist anywhere in the world.

As part of his fellowship, Israel will draw upon existing ant collections and data for the region to develop species distribution models to predict how ant species may respond to future environmental change. In other parts of the world, species’ ranges may shift pole-ward in response to regional climate change, but Australian species are limited to the confines of the island continent. Israel hopes that his work may help to pinpoint species of conservation concern that are under threat due to regional climate change influences. 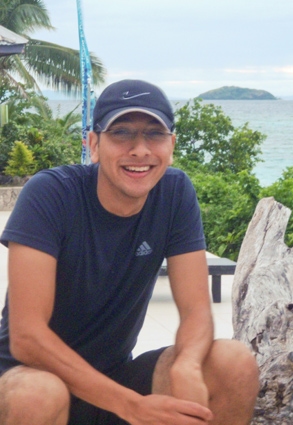