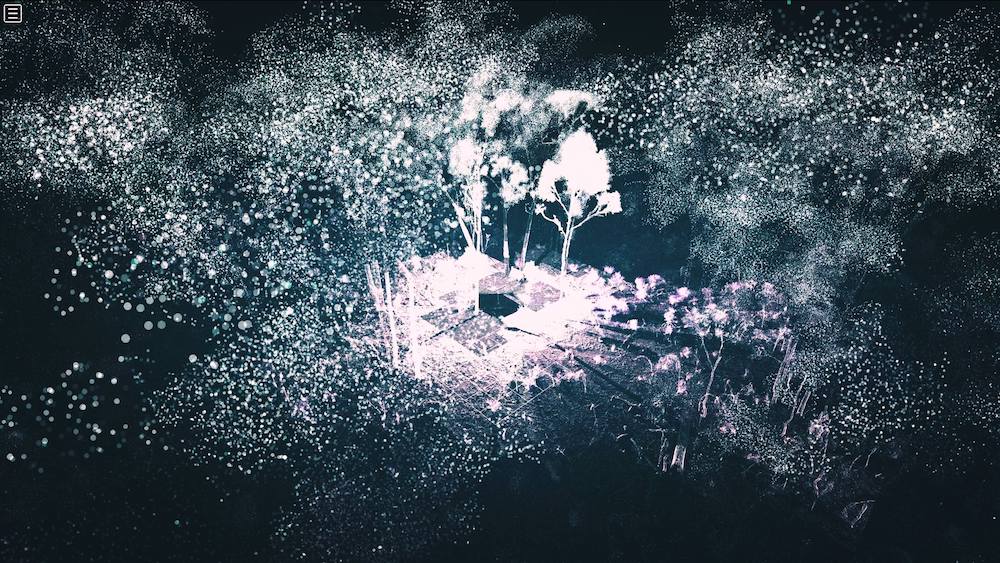 A unique art exhibition was held in February 2020 that explored the creative possibilities of Big Data on the environment.  Ghost Trees uses environmental laser scanning imagery and eco-acoustic data collected at TERN research sites to delve into the notion of ‘Nature as Data’.

Users and uses of TERN data are as diverse as the environments in which they’re collected.  In addition to world-leading science, we are equally excited to enable creative endeavours at the arts-science interface.

“The main aim is to bring scientific data into a cultural context and enable the viewer to engage with it at a visceral and imaginative level.

“We hope that one of the outcomes will be a better awareness of ecosystems and the information being collected on them and engage with the effects humans are having on our environment.”

Kim is using multiple TERN sites to develop new techniques of measuring above-ground biomass and vegetation structure that don’t require trees to be cut down.

“I really found Kim’s ground-based LIDAR data sets visually fascinating. As against airborne technology, the point of view is from someone in the landscape—a human perspective looking up into the trees.

“From an artist’s eye, the scale of Rushworth’s forest canopy and height above ground base was a perfect size for a theatre of movement.

“The LiDAR point cloud data sit in the wonderful middle ground between the 2D and 3D.  It is like mist.  It has its own 3D properties that you have to work with or you just get lost. So, in the end, I just used a very basic open-source WebGL software to animate views within the cloud points.

“Even though the final work appears heavily edited using 3D effects from animation software, the data is unchanged and the vision is all from the same software scientists would use.”

TERN’s Rushworth Forest CalVal site, which is jointly managed with the Government of Victoria, the Royal Melbourne Institute of Technology and CSIRO, is one of 13 research sites specifically established by TERN’s Landscapes platform to facilitate remote-sensing calibration and validation (CalVal) activities.

Over the past decade, numerous field campaigns have taken place at TERN’s CalVal sites that are not only improving CalVal techniques and protocols, but also collecting data that are improving the accuracy of some of the planet’s most important Earth Observation products.

“The audio selected and processed from the Tumbarumba recording determined what further sites would be used. It was important to use sites that had different habitats as this would inform the variation sonic palette.

“Tumbarumba yielded some excellent bird noises and an amazing very low sub harmonic hum. I was perplexed as to what could make such a sound, so it had to be used.”

Sound recordings from TERN SuperSites in Far North Queensland were also used, especially for insects, which, according to Gary, provided the essential high-frequency rhythmic elements.

“All the music selected is based upon the inherent musicality from the site recordings.  Once the recordings were ‘cleaned’ for wind noise, I could identify what notes and keys were present. This would dictate the key, chords and notes used.

“All instruments chosen had very similar sonic qualities to the processed recordings.  It was important the soundtrack did not dictate any emotional narrative and did not reveal too much of a sense of location. The inherent beauty and awe of these locations had to be respected, and sadness of the potential loss arrived at independently.

“Like the visuals, the audio had to appear like a memory or a ghost, an echo of something real.”

James says that in the future they would like to scale up the project to a Virtual Reality (VR) or multi-room installation and explore how it can be used in an educational capacity to bring art and science together and into schools around Australia.

“This would allow us to explore the emotive capacity of the data and immerse people into a theatre of point clouds.

“Ghost Trees could easily be parlayed into exploring how the data was collected and its implications for understanding the environment. Beauty and knowledge combined!”

TERN is very pleased to be able to provide data to such projects and we wish James and Gary all the best in their endeavours to inspire people and communities across Australia, and the world, to listen and become more connected to their natural surroundings. 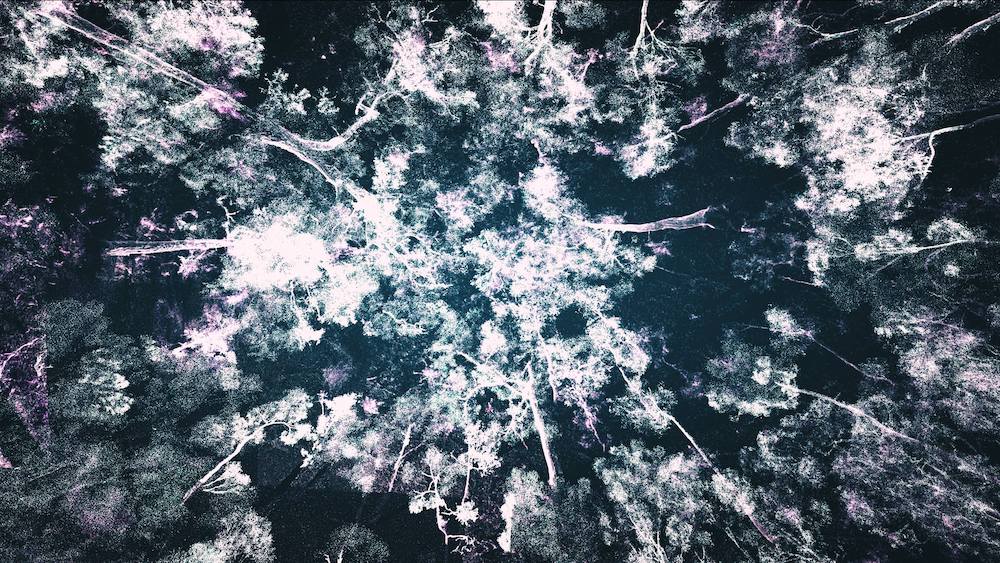