Drought’s impact on the environment 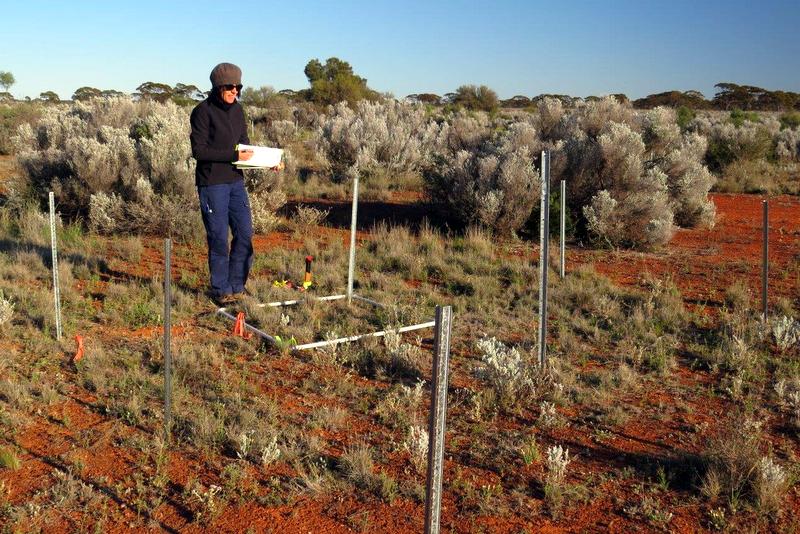 Researchers are using TERN infrastructure in Western Australia, Victoria, New South Wales and Queensland to take part in a landmark global experiment that investigates ecosystem response to drought. The experiment’s findings will help to predict and mitigate the impacts of drought in Australia and around the world.

The whole of New South Wales is currently drought-declared. The majority of Queensland has been in drought for up to seven years. The devastating socio-economic impacts of what some are calling the worst drought in living memory are being well documented in the feverish political and media coverage. But what about drought’s impact on our natural landscapes?

How will our ecosystems respond to predicted hotter and longer drought events? Why are some environments more sensitive than others? And, what will happen to their valuable ecosystem services, such as climate regulation, extreme event regulation, water purification and pollination?

To answer these questions and more, an international group of scientists affiliated with the US National Science Foundation-funded Drought-Net Research Coordination Network (Drought-Net), is working at TERN’s ecosystem monitoring sites around Australia to understand terrestrial ecosystem sensitivity to drought and the mechanisms underlying response patterns.

Dr Rachel Standish of Murdoch University is part of the team investigating drought’s impact at TERN’s Great Western Woodlands SuperSite—located in one of the world’s global biodiversity hotspots.

“In 2015 we installed 10 ‘drought shelters’ at the SuperSite, that are restricting up to 65% of mean annual rainfall,” says Rachel.  “Since then we’ve been monitoring the differences in soil moisture, vegetation cover and biomass between ‘rainout’ and ‘rain-fed’ control plots.”

Evelyne Thomann, a volunteer intern from France’s AgroParisTech, worked for several months with Dr Craig Macfarlane and Dr Suzanne Prober from CSIRO to process and analyse their data on shrub biomass collected since 2015. They used a photographic method to measure the differences in bluebush (Maireana sedifolia) growth between drought and control plots.

“So far, the shrub biomass from the control plots was generally larger than from the drought plots, although the difference was not statistically significant,” says Suzanne. “It seems that two and a half years is not long enough to see a drought effect on these very hardy, long-lived shrubs.”

In addition to bluebush measurements, researchers also take other measures of ecosystem response, including biomass of non-woody herbaceous plants and floristic composition.  Importantly, the data collection protocols used at TERN’s Great Western Woodlands SuperSite are the same as those used at all the other DroughtNet sites around Australia and the world, which facilitates comparative studies at regional, continental and global scales.

“Climate change is expected to increase of the frequency and severity of drought, so it’s critical that we work now to understand and predict how plants are going to respond and how their ecosystem services will change,” says Suzanne.

“The continuation of this experiment is a significant step in furthering this understanding and will lead to more general conclusions about the effect of drought on the environment.”