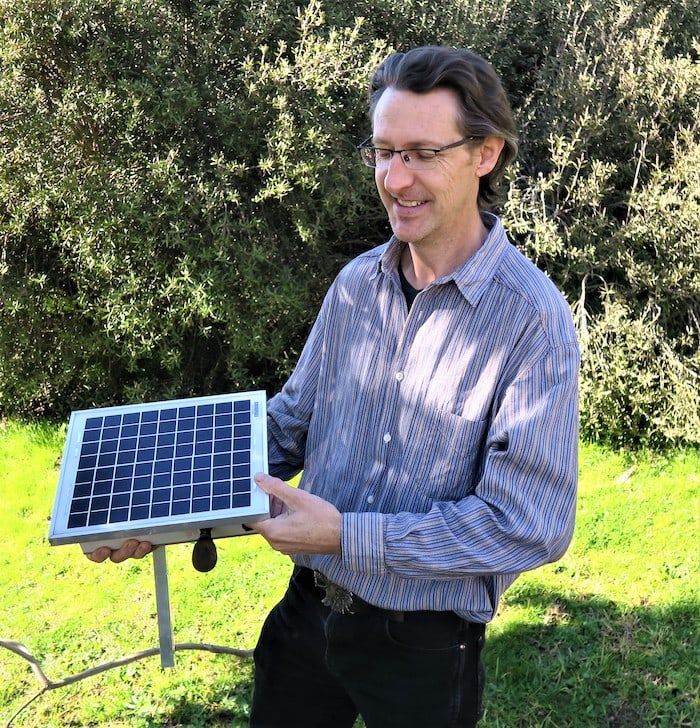 Formed in 2005, the Institute for Land, Water and Society (ILWS) combines research strengths in biophysical, social and economic fields and has well-established partnerships with state and federal government departments, agencies and other tertiary institutions in Australia and overseas.

ILWS is based in the heart of the Murray-Darling Basin, one of Australia’s most significant food production regions. However, the region is facing pressing issues around water use and management, biodiversity and agricultural productivity, which explains why ILWS has a strong focus on aquatic biodiversity and ecosystem condition.

ILWS researchers also work on better ways to connect scientific and other knowledge, including that from local and Indigenous communities, with governance and policy-making processes, says the Institute’s Acting Director, Associate Professor Andrew Hall, a spatial scientist with expertise in climatology and remote sensing.

“Amongst devastating climate change and disastrous land management practices, never has there been a more important time for university research to focus on solutions to protect Australia’s unique ecosystems from collapse.

“While the worst anthropogenic ecological disaster the country has ever seen continues in our own backyard, Charles Sturt University’s Institute for Land, Water and Society has a clear uncompromising focus on transdisciplinary research for ecological and societal recovery.”

ILWS experts, including fish and river ecologists and environmental sociologists and chemists, have been heavily involved in providing expert scientific advice on recent ecological issues in the MDB, including the widespread fish deaths during 2019.

ILWS Professor Lee Baumgartner, a member of the Murray Darling Basin Authority’s Technical Advisory Group, who was involved in investigating fish deaths in the Lower Darling and in September 2019, warned that the challenging summer that is now with us would likely lead to more fish deaths.

Referring to the massive fish deaths (for the second time within a year) in the Macleay River in northern NSW after the recent bushfires, Professor Baumgartner says that a sudden deluge after a bushfire creates the perfect scenario for mass fish kills.

“When charcoal and ash go into the river it can contribute nutrients which will lead to a bacterial spike. Bacteria need oxygen to multiply, so as the bacteria grow, they suck oxygen out of the water, which can cause fish to suffocate. Silt runoff can also impact habitat, block fish gills and may contain fire retardants which act as a pollutant.”

Members of the Institute are also responding quickly to Australia’s current bushfire crisis, including Associate Professor Dale Nimmo who is a member of the Expert Panel of ecologists, conservation biologists, and other scientists called upon to advise the Minister for the Environment on how best to support the immediate survival of affected animals, plants and ecological communities and assess the impacts of the bushfires on our environment and prioritise recovery efforts.

One of the major on-going projects in which the Institute is playing a key role is the development and establishment of an Australian Acoustic Observatory (A2O), a continental-scale acoustic sensor network recording across multiple Australian ecosystems for a five-year period to monitor biodiversity change.

The project is funded via an ARC LIEF grant led by Queensland University of Technology (QUT) and builds on an ARC Discovery project co-led by QUT and CSU.

The A2O will have approximately 400 continuously operating acoustic sensors collecting around two petabytes of sound data over the duration of the project. The observatory is collecting one of the largest terrestrial sound data-sets in the world, recording audible species across multiple habitats, and providing high resolution spatial and temporal data.

The huge effort that has gone into the planning and preparation for an A2O that will monitor biodiversity across the continent has come to fruition, says ILWS’s Professor David Watson, a key team member.

“This is globally novel. No one has done this kind of acoustic monitoring at this scale before so the world’s watching. If this works there will be many places lining up to use this approach. Australia is leading the world here.

“Broadly speaking there are seven broad biomes in the continent of Australia.  We’ve made sure we have even representation with 15 locations in each of those biomes straddling the vegetation complexity of Australia and then keeping tabs on both areas around, and away from, water.”

Professor Watson is hoping the number of acoustic recording units across the country will increase over time.

“One piece of exciting news in this regard is that the first large-scale application of data derived from the Acoustic Observatory forms the basis of a new ARC Discovery project, led by Lyn Schwarzkopf at James Cook University, comparing biodiversity estimates derived using conventional field and atlas-based methods with acoustically-derived indices.”