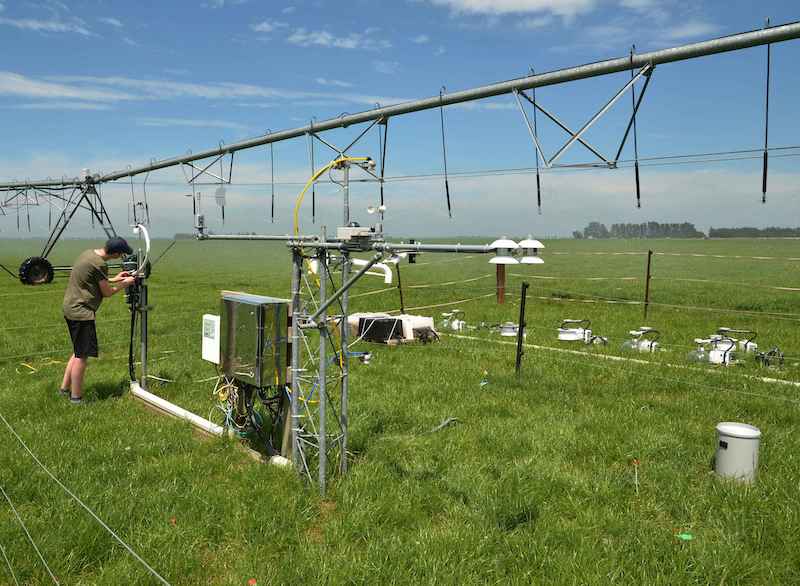 This month we jump the ditch to visit Landcare Research New Zealand for a look at their wide-ranging research aiming to find sustainable solutions to complex environmental problems faced by Australasia’s managed and natural ecosystems.

Manaaki Whenua – Landcare Research is one of New Zealand’s seven Crown Research Institutes. Established in 1992, its core purpose is to drive innovation in the management of terrestrial biodiversity and land resources. Including:

Key ambitions of Manaaki Whenua – Landcare Research are scientific excellence, sustainability (of their research outcomes as well as their own everyday operations), interdisciplinary and inter-institutional collaboration, partnership with Māori and inclusion of their traditional knowledge base.

Our Land Our Future from Manaaki Whenua Landcare Research on Vimeo.

Manaaki Whenua – Landcare Research is New Zealand’s leading organisation in the field of measuring terrestrial greenhouse-gas emissions. Quantifying the carbon exchange of natural ecosystems and the methane and nitrous oxide emissions from animal agriculture have been the foci of the group for many years.

Since 2010 they have combined their strengths and expertise to investigate the carbon and greenhouse-gas budgets of agricultural systems, with multi-year continuous measurements using the eddy-covariance method as well as other techniques to measure atmospheric gas transport.

They are also associated with the TERN OzFlux network, hosting the annual OzFlux meeting in 2012 and contributing the data from their research sites to the TERN database (of carbon and water exchange and their meteorological and edaphic drivers).

Important goals of the group’s research are that the collected data help to understand biological, chemical and physical processes, and that they provide indications of the environmental consequences of farm management practices.

With such insights, the results can be placed in contexts wider than the specific measurement site and become useful to provide guidance for land managers and policymakers on how practices could be improved.

For example, Manaaki Whenua – Landcare Research Lincoln-based researchers Dr Johannes Laubach and Dr John Hunt found from three years of measurements of the greenhouse-gas exchanges of irrigated dairy pasture that it could slowly store carbon.  They found that the net amounts of CO2 removed from the atmosphere could roughly neutralise the nitrous oxide emissions from the cows, but not the much greater methane emissions.

However, other studies in New Zealand involving directly sampling for carbon in pasture soils, have shown that irrigation tends to lead to carbon losses more often than carbon gains. To better understand the conditions leading to net carbon gains or losses, Johannes says that it’s important that detailed and comprehensive methods are used for testing and improving biophysical models of the plant and soil processes.

“Our research provides robust, long-term data for improving models and reducing uncertainty in predicting the effects of farming practices on carbon storage.” To that end, Johannes and John have teamed up with modelling experts Donna Giltrap and Miko Kirschbaum (also Manaaki Whenua – Landcare Research, based in Palmerston North).

Increased awareness of nitrogen and carbon losses from agriculture

They are currently investigating the environmental impacts of growing lucerne on stony soils, in collaboration with Lincoln University.

“Lucerne is a nitrogen-fixing crop with high drought tolerance and therefore promoted as an alternative to the common ryegrass-clover pasture in drier regions of New Zealand,” says team member Dr Scott Graham.  “It can be grazed directly by animals or managed in ‘cut-and-carry’ operations.”

Continuous measurements of carbon fluxes and nitrogen leaching into groundwater have been collected from both irrigated and non-irrigated lucerne pastures since 2015.

Research leader, Dr David Whitehead, says that first indications are that grazing the lucerne is less detrimental than cut-and-carry to the ecosystem’s carbon budget.

“We want to inform farmers and policy agencies, and increase public awareness of losses of nitrogen and carbon from agricultural grazing and forage systems.”

The group are in the process of adding new equipment that will allow them to quantify the gas exchange of methane, nitrous oxide and ammonia as well, aiming for more complete greenhouse-gas and nitrogen balances.