Welcome to our July 2020 newsletter. This is the newsletter in which we thought we would be telling you that TERN’s Adelaide-based field crew was on the road again, heading interstate to recommence the 2020 schedule of new plots and revisits to established sites. However, we have postponed that happy event and fallen back to a wait-and-see status while we assess the risk of the team being stranded if state and territory borders that are currently open suddenly close in response to new clusters of COVID-19 infections.

While field-work might still be on hold, with the exception of Melbourne colleagues, most of TERN’s staff across the country are back in the workplace, freed from the confines of kitchen tables, spare bedrooms, sunrooms and occasionally, home offices. For TERN HQ, most of the team are back to the office full time but a few of us, myself included, are still making full use of Zoom, Microsoft Teams and Skype to support continuing to work from home and several others in the team are splitting their time between offices at home and in the workplace. This mixed pattern of office attendance is helping us to maintain physical distancing because it really is rather squeezy if we all return to the office at once.

The TERN Advisory Board held its July meeting by Zoom. While it was sad not to be able to host our customary breakfast with stakeholders before the Advisory Board meeting (we were to have been in Melbourne this July), we had a very efficient, slightly shorter than normal, virtual meeting.  The main topic on the agenda related to discussion about an independent audit of TERN’s governance model. The study took place in June and involved interviews by our consultant with a range of stakeholders and a desktop review of current practices. The audit was carried out as part of a periodic evaluation of TERN’s present and future needs – the last review was held in 2015-16.

The Advisory Board compared several business structures, including the current ‘Lead Agent’ model in which the University of Queensland is signatory to the funding agreement with the federal government. The independent study found that the current collegiate Advisory Board and its independent Science Advisory Committee were highly regarded, and nothing was ‘broken’. The Advisory Board agreed at its July meeting that the current arrangements with the University of Queensland will continue, at least for the remainder of the present NCRIS grant, and that the Advisory Board will focus on tweaking its subcommittees, establishing at least one new advisory group to obtain more independent advice from end-users and adding new members to its Science Advisory Committee, particularly finding a new Chair for the latter following the retirement late last year of Dr Steve Morton from that role.

Congratulations are due on a couple of fronts. First to Jason Beringer and his team of organisers of the OzFlux 20th anniversary conference on 16-17 July.  There was an amazing virtual audience of 352 registrants, 243 unique viewers and a peak of 171 registrants online at the conference opening and for the plenary talks. The depth and breadth of talks from the OzFlux community demonstrates the utility of flux data. The sessions on remote sensing gave a hint of what is still to be achieved from the flux and remote sensing communities working together and it was great to see everyone realising their capacity to enable a predictive capability in ecological forecasting and prediction. We all look forward to developments over the next decade.

The second congratulation is to Dr Stephen van Leeuwen, who has been appointed by Curtin University as Australia’s first Indigenous Chair for Biodiversity and Environmental Science. Steve, who is a Noongar man with strong links to Country in the Busselton and Margaret River areas of south-west Western Australia, has been an active contributor to TERN’s Surveillance work over the years. We have featured Steve from time to time in our newsletter for projects such as the biological survey work in the Little Sandy desert, working with the Birrilburu men’s and women’s ranger teams. We look forward to continuing our association Steve!

We hope you enjoy this month’s stories from across TERN. 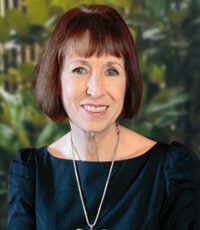