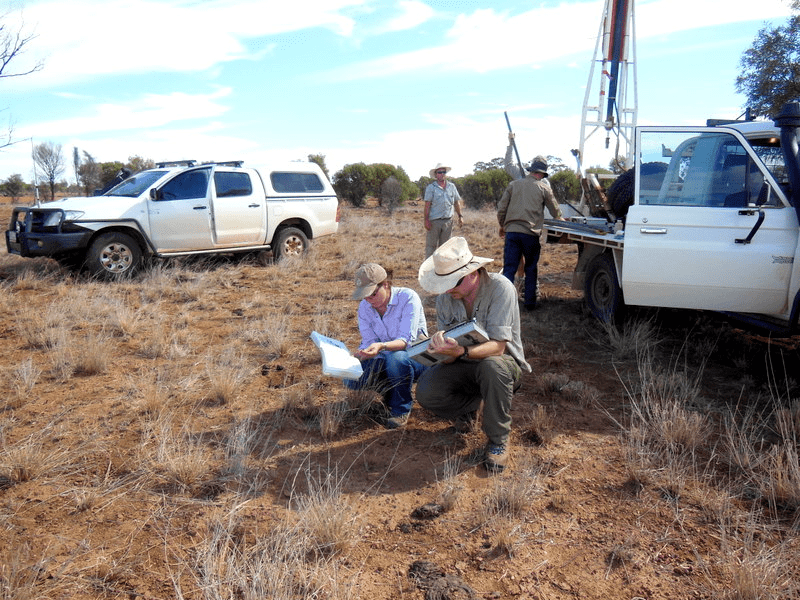 How can private, industry and government investment in northern Australia be better targeted and more successful? Although often overlooked, soil and landscape characteristics underpin much of the region’s current and proposed development – pastoral, agricultural, or mining, just to name a few – and the ultimate success or failure of these enterprises.

Until recently, the consolidated knowledge bank about Australia’s soil and landscapes has mirrored the soils themselves: old, vulnerable, and only very good in some places. A large number of separate programs have had to be commissioned to uncover the agricultural potential of specific catchments around the country. One example is the $6.8 million Flinders & Gilbert Agricultural Resources Study in north Queensland. By bringing together all existing soil knowledge in readily-accessible form as well as supporting the development of new products, TERN’s Soil andLandscape Grid of Australia is now delivering information that could be used by those working to improve the efficiency and cost-effectiveness of future investment in Australia’s north.

The contemporary soil-landscape products developed in this collaborative project have been workshopped by TERN and CSIRO staff and State and Territory Government collaborators across the country over the past couple of months. Building on previous collaborative efforts, the new products include data from the  Australian Collaborative Land Evaluation Program, and incorporate datasets from all state and territory governments, CSIRO, Geoscience Australia, among many others.

Representatives from the Northern Territory’s Department of Land Resource Management felt that the products – which incorporated datasets contributed by the NT government – presented at the workshop in Darwin on 13th February would be useful in future analyses of the agricultural potential of the north. For example, good grasses for the pastoral industry grow on clay soils, and the clay layers delivered by the Soils facility products are now some of the best-available indicators of pastoral carrying capacity.

‘TERN provided funds to the states to contribute all existing high-quality soil chemical and physical datasets,’ said Ross Searle from CSIRO, a member of TERN’s Soils and Landscape Grid of Australia. ‘In the case of the NT, we were also able to fund capture of high-quality soil site data through existing government, industry and Caring for our Country programs.’

‘Now that we have this information,’ he added, ‘we can assist stakeholders to be more targeted with their investment decisions in specific regions and areas. Exploring the feasibility of many proposed development projects will now be much more cost-effective than was previously the case.’