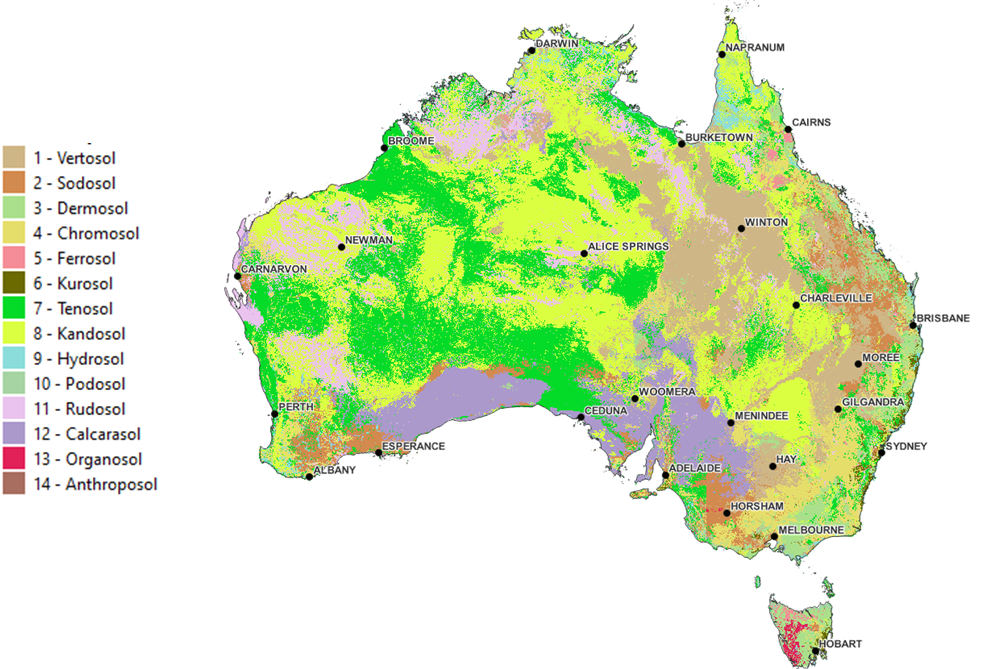 TERN provides an Australia-wide, consistent and accurate map of soil types at a 90m resolution, with estimates of reliability. It offers industry and land-managers the information they need for informed, cost-saving decision-making.

The TERN Australian Soil Classification Map uses Digital Soil Mapping (DSM) technologies combined with the real-time collations of soil attribute data provided by TERN’s landmark Soil Data Federator, to produce a map of Australian Soil Classification Soil Order classes with quantified estimates of mapping reliability at a 90m resolution. Until now, Australia has not had such a fine scale, comprehensive and reliable map of soil types.

It has an overall reliability of 61%, almost doubling that of previous mapping efforts (36-46% reliable).

And, thanks to machine learning and efficiencies provided by TERN’s NCRIS-enabled research infrastructure, the map was produced in such a way that it is easy to update and improve into the future, as more field measurement data become available.

For the last 70 years, Australian state and territory government agencies have been collecting soil site data to meet the needs of jurisdictional requirements. Soil site and map data are managed in data systems tailored to the requirements of the individual agencies, resulting in eight different soil data management systems.

Because of this, it has proved difficult to produce nationally consistent soils information uniformly across the continent that is readily accessible and useful at reasonably fine scale, says Ross Searle of CSIRO.

“Because of the disparate state-based soil data systems, previous attempts at national soil maps were either broad scale or inconsistent, with variable, mostly unknown accuracies. The new Australian Soil Classification Map from TERN is a step forward.” 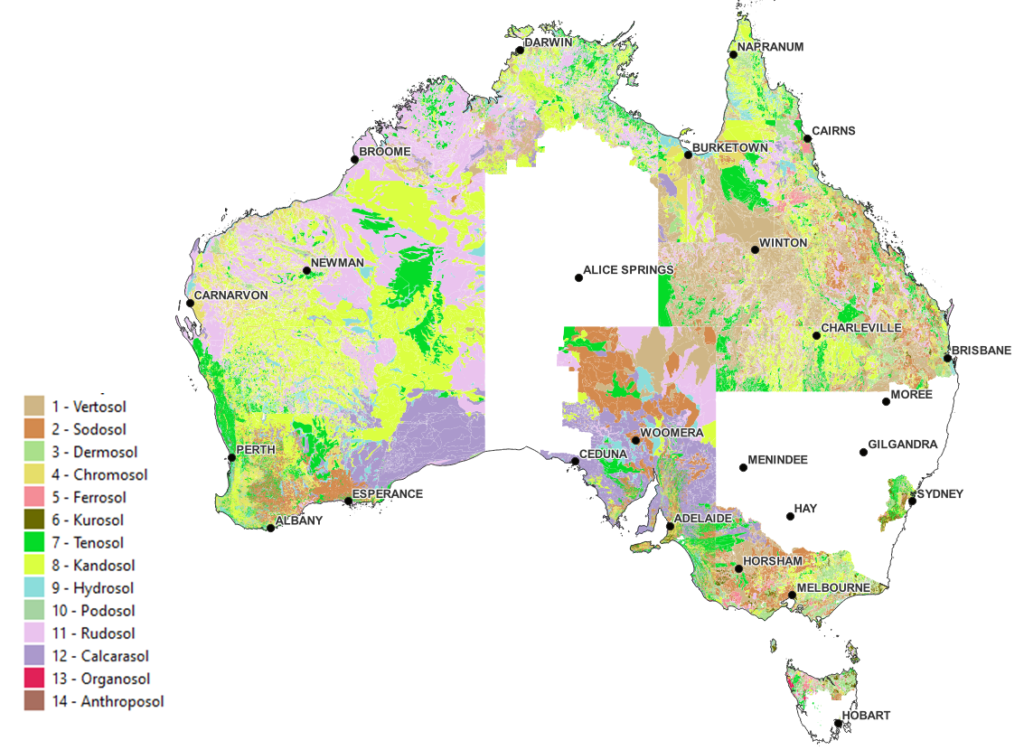 Among others, Telstra is investigating the map to assist in the design of more efficient and higher capacity fibre networks.  Fibre cables going through certain soil types can be placed under more stress, leading to increased network build costs.

During Telstra’s current evaluation of these soil-type induced ‘pinch points’, they have begun assessing the usefulness of TERN’s Australian Soil Classification Map as it provides information at a high resolution without gaps or sudden changes across state/territory borders.

The work is ongoing, and we hope to be able to report on the outcomes of Telstra’s work soon.

TERN allows understanding of how soil systems are tracking, in real time

TERN’s Australian Soil Classification Map is just one in a suite of several constantly updated TERN soil products freely available to everyone.

“Individually, these products will be immediately useful to a wide range of those interested in and responsible for our landscapes. But taken as a package and connected to the whole of TERN activity, this is a bold and essential move into understanding the dynamics of soils and landscapes – and that is a breakthrough. Coupled with useful models and all forms of sensing, we can build a new capacity to understand how soil systems are tracking, what might the future look like and what can we do to build better outcomes.”