All-weather, day and night, satellite radar images are now available for TERN sites, Australia and beyond 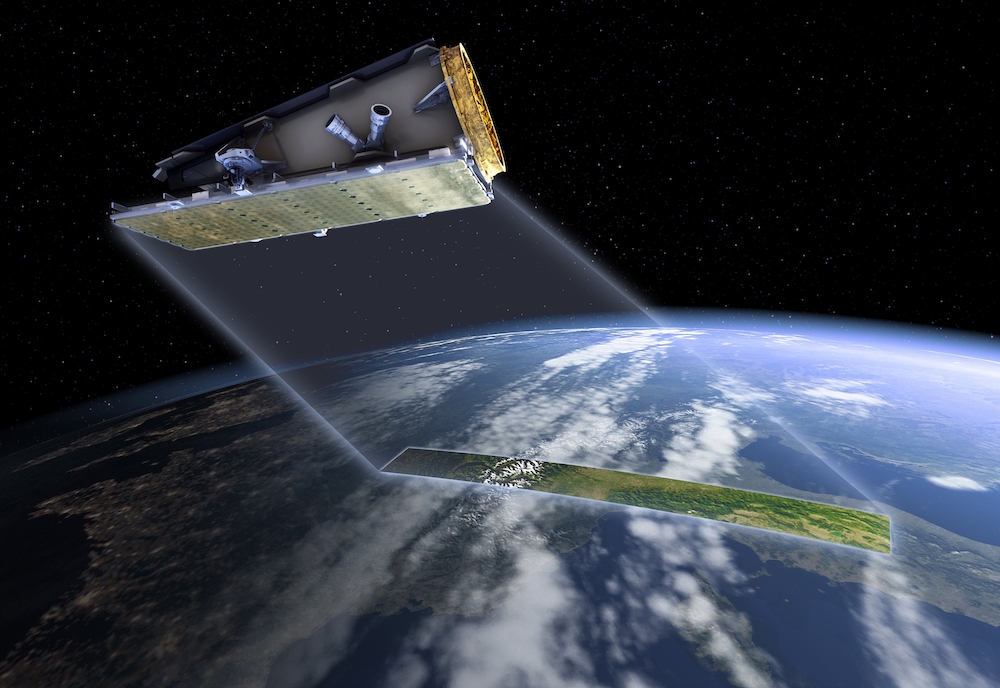 The data are collected by a new observation satellite called NovaSAR-1. CSIRO operates a 10% capacity share in this satellite on behalf of Australia. The data collected so far include images of several TERN SuperSites equipped with flux monitoring and other instrumentation and hundreds of smaller soil and vegetation survey monitoring plots.

Using S-Band Synthetic Aperture Radar (SAR), the satellite provides high-quality images in all weather conditions, both day and night, at spatial resolutions between 6 and 30 metres.

Data collected by the NovaSAR-1 satellite are to be downloaded to a receiving station near Alice Springs owned by the Centre for Appropriate Technologies (CfAT), Australia’s first and only Aboriginal-owned-and-operated ground segment service provider.

CSIRO’s Dr Glenn Newnham, the co-lead of TERN’s Landscapes platform, says that it is essential we develop a more complete understanding of ecosystem change by integrating data recorded across multiple monitoring scales and sensing technologies. This is best achieved through close collaboration between relevant scientific disciplines and across organisations.

At the broadest scale, satellites like NovaSAR-1 provide routinely acquired spatial data that can be used to increase our understanding of the natural dynamics of our ecosystems and distinguish these from a deterioration of ecosystem condition, which may require investment in recovery or changes in management practice.

When combined with data collected at TERN SuperSites, across the TERN field plot network and during ecological field surveys, the CSIRO and the broader ecological research community are able to more accurately map, monitor and predict ecosystem change, allowing us to provide the best possible advice about how to conserve and improve this valuable natural resource.” 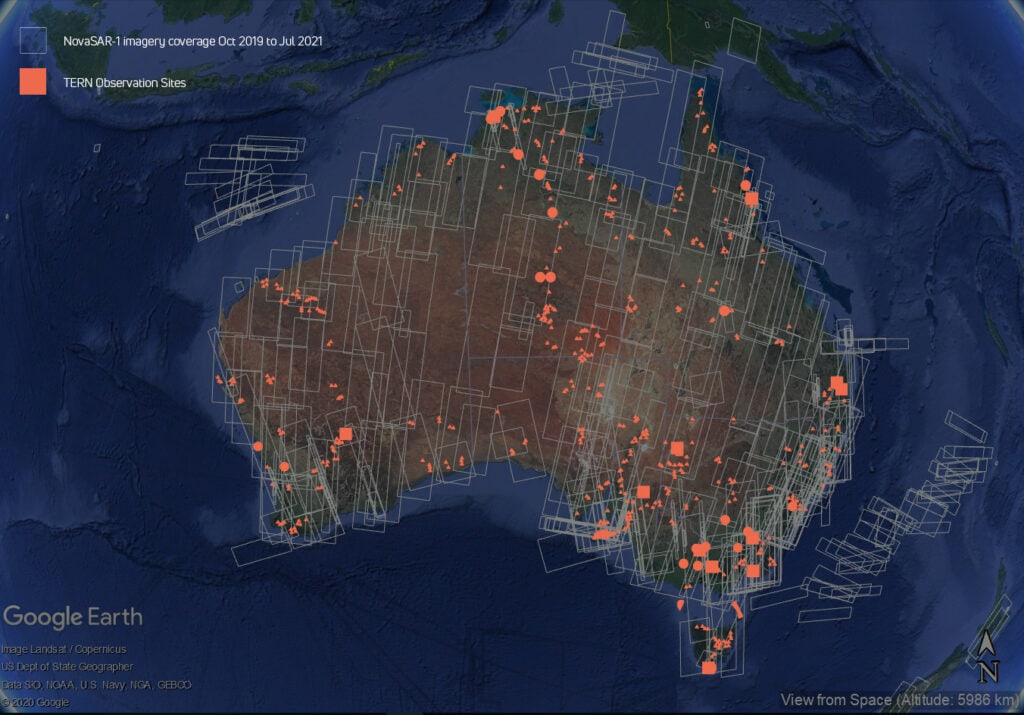 CSIRO Centre for Earth Observation Director and TERN Honorary Fellow, Dr Alex Held, says that because NovaSAR-1 is not limited by smoke haze or cloud cover, it offers a significant advantage, one recognised in the Bushfire Earth Observation Taskforce report published in December 2020.

A recent economic report by Deloitte Access Economics estimated the economic benefits of the Australian Earth observation sector to be more than $2.5 billion in 2020. The largest beneficiaries were the agriculture, mining, construction, and severe weather management sectors.

“We have been using the initial operations phase to learn how best to operate the satellite and we have managed to collect data across the entire Australian continent, which is now available via the NovaSAR Data Hub.”

“We expect applications from projects analysing changes in our land and agricultural practices, waterways and coastal habitats, deforestation and even the recovery from bushfires.”

The use of data from the CSIRO-managed NovaSAR-1 satellite, combined with on-ground TERN field data describing key ecosystem variables, by managers and government programs will support better land-use decisions that protect the environment and demonstrate what is possible when a coordinated national approach is adopted. 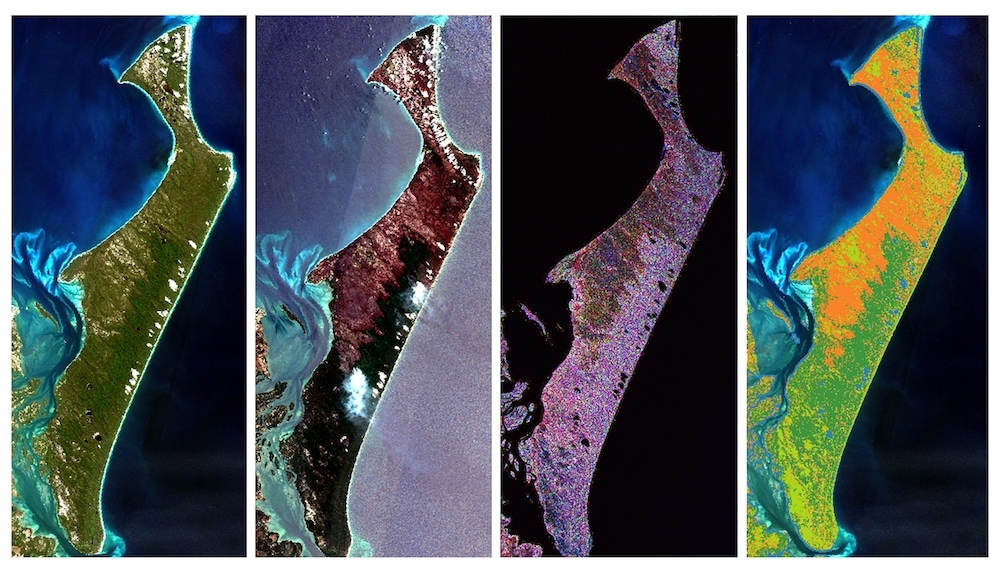 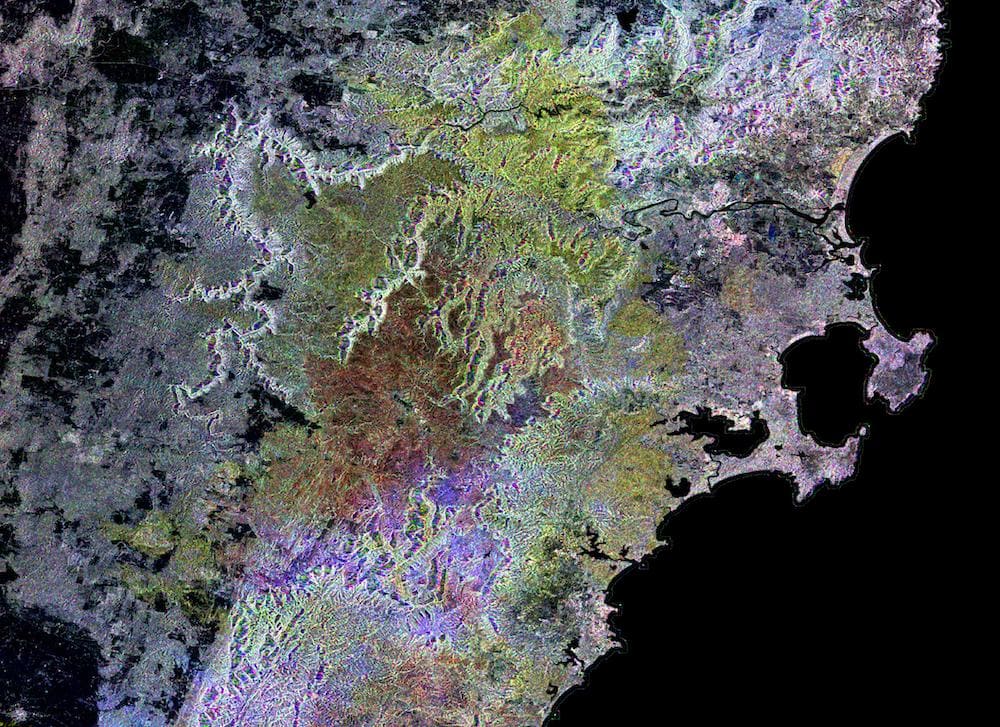 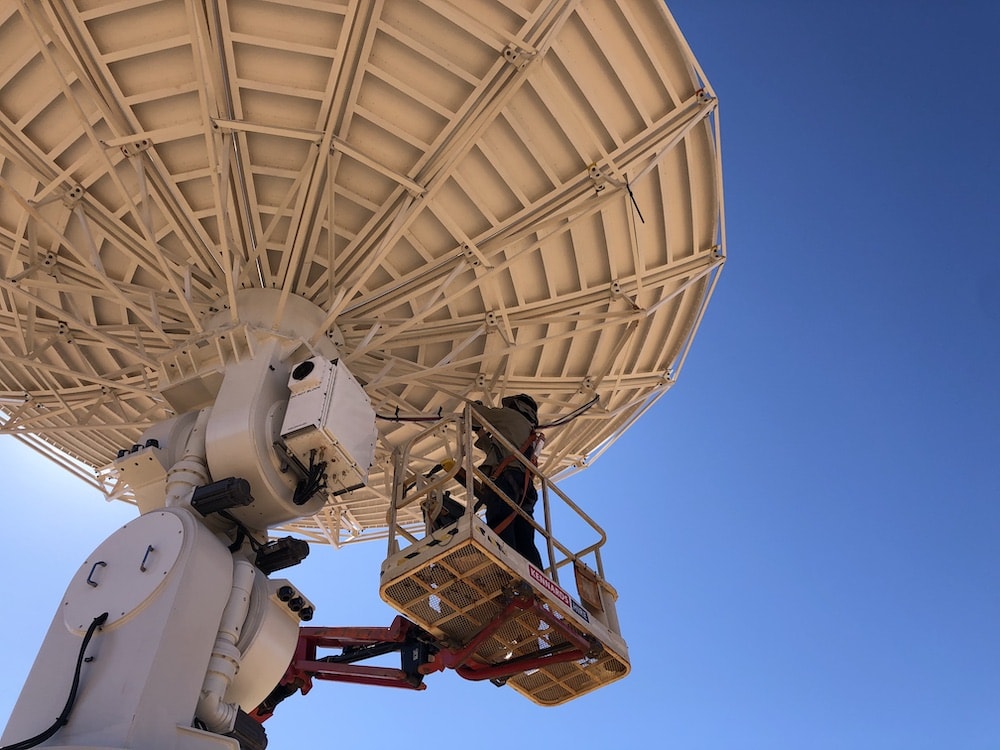 Centre for Appropriate Technology technicians put the finishing touches on the build of the satellite dish for the earth ground station in Alice Springs. (Credit: Ekistica Ltd.)