TERN’s infrastructure is not only helping science professionals but also people like Vikram Dhillon who recently used TERN facilitated pollen research to help make important decisions for the health of his family.

Since TERN eNewsletter started its ‘People using TERN’ feature back in July 2014, we have brought you the stories of 12 people from many different professions and disciplines, and from all parts of the world, who are all using TERN’s national research infrastructure to help them work more collaboratively, efficiently and effectively.

We have featured the stories of small business, local councils, federal and state government departments, university researchers, students, and shared the reasons why they are choosing to use TERN.  In this month’s feature we tell the story of how TERN is not only helping science professionals, but the broader community too.

Vikram Dhillon lives in Auckland, New Zealand with his wife, an asthma sufferer, and his three-year-old daughter, a hay fever sufferer.  Dhillon recently contacted TERN to seek information on the distribution of pollen across Australia and New Zealand to investigate the possibility of relocating his family to a more hay fever and asthma friendly city.

‘My daughter gets hay fever during spring and Auckland’s cold and wet winters don’t help things so I am thinking of moving to Australia to help relieve her symptoms,’ writes Dhillon in his email to TERN.

‘I am doing research, mainly via Google, on what would be the best city for people who have hay fever and asthma.  Do you have any recent data that you collected for pollen levels or hay fever/asthma that would help me decide?’

Dhillon’s enquiry was timely, as it coincided with the release of TERN facilitated research on the differences in grass pollen allergen exposure across Australia.

The paper is one output from the Australian aerobiology working group convened through TERN’s ACEAS facility and presents collated and analysed historical published and unpublished pollen count data from different regions of Australia and New Zealand.

The paper compares atmospheric grass pollen concentrations over a number of years for Brisbane, Canberra, Darwin, Hobart, Melbourne, and Sydney. This synthesised dataset will help provide answers to a number of important questions, including how “pollen rain” and patient exposure to pollen allergen, changes with urbanisation and other changes in land use, and the likely impacts of climate change on seasonal peaks in allergenic pollen production.

The dataset collected by the group and published in the paper provides the platform for establishment of a national pollen monitoring program, to assist with management of patients with allergic respiratory diseases such as hay fever and asthma triggered by airborne pollens.

For Dhillon and his family the most important part of the research is the fact that it has help him rule out Brisbane, Canberra, Hobart, Melbourne, and Sydney, narrowing down his search to three cities: Darwin, Perth and Adelaide.  Dhillon, TERN wishes you all the best in your continued search and we’re glad to have been of some assistance, if only slightly. 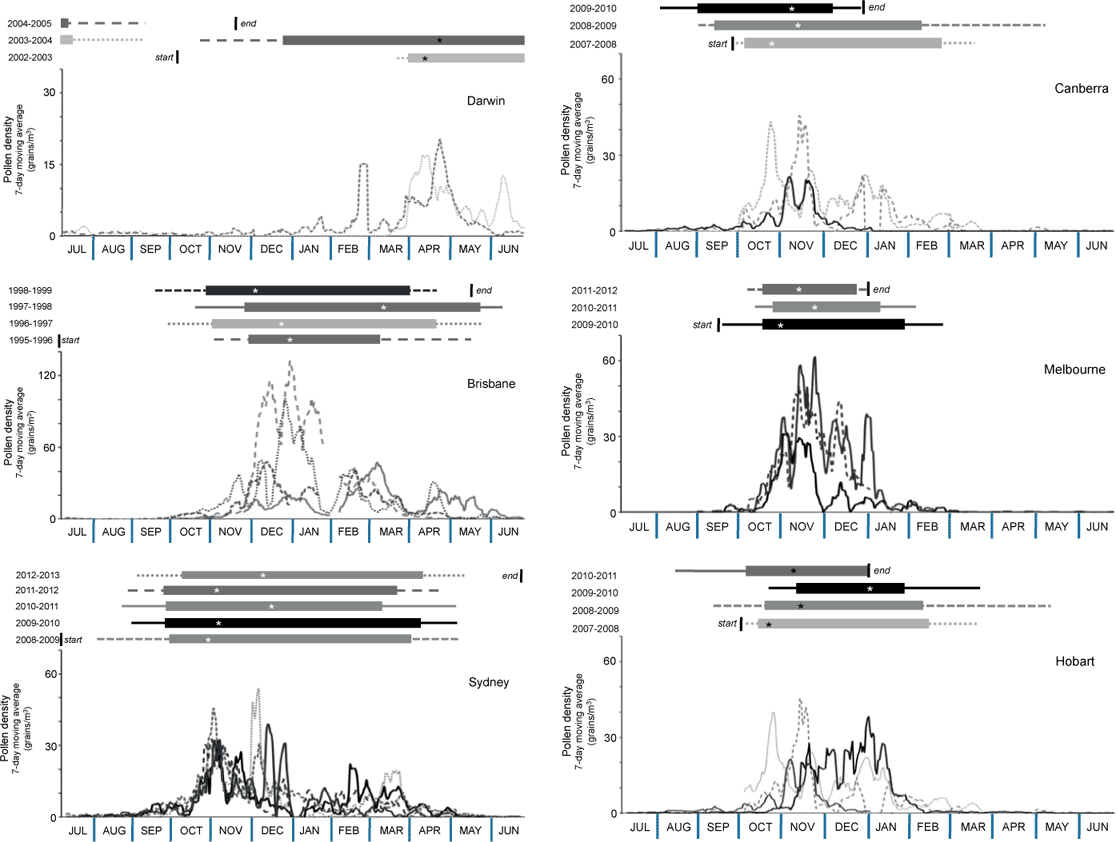