Plot by plot, research becomes part of the social landscape

Paddock trees, a safe home for the eastern bristlebird, and stocking rates in tune with the desert are mostly dissimilar – but they do have something in common at their root.

Every one of them is a way in which knowledge gleaned from long-term research conducted through TERN’s Long Term Ecological Research Network (LTERN) has been put to use in everyday life outside the scientific sphere.

The Executive Director of LTERN, Dr Emma Burns, said education and outreach were two ways of moving scientific knowledge from the realm of scientists to the wider world.

‘Part of the success occurs between scientists and the community in which we conduct our research. We work in these communities for many years, and build relationships with people. The knowledge exchange flows both ways. We have a presence in their lives, and they in ours,’ Emma says.

In Australia’s iconic temperate eucalypt woodlands, decades of research lie behind the establishment on farms of wildlife corridors and patches of native vegetation, and the retention of paddock trees.

This is the quintessential bush of the Australian psyche, made popular by painters such as Frederick McCubbin and Hans Heysen, and still part of how many Australians define ourselves.

The woodlands have largely been cleared for grazing. But ecologists have shown, by analysing years of research, that even a thin scattering of native trees in paddocks can make a difference to the health of a natural environment. They help conserve soil and the shade they throw reduces heat stress in livestock — both of direct monetary benefit to the farmer. They also provide a home for wildlife or protected stepping stones for them between stands of bush.

The champion of this work at Nanangroe in New South Wales is Professor David Lindenmayer, of the Fenner School of Environment and Society at the Australian National University, and Science Director of LTERN.

‘The Nanangroe Plantation Plot Network within LTERN, which has been going for 16 years now, and builds on an earlier project in which ecologists learned that even small, isolated patches of native vegetation can harbour more small mammals and marsupials than previously believed,’ David says.

‘We shared the results with locals, and now some farmers are replanting some previously cleared land, and providing the conditions to bring wildlife back to their farms.

‘Our results are a direct consequence of years of accumulated research, monitoring and observation. It would not have been possible from a short-term project. The length of time we’ve been conducting this research gives us confidence in our findings, and, just as important, it gives the farmers confidence that we are right.’

The Nanangroe research is important in a conservation sense, too. More than a third of the ecological communities listed as threatened under the Environment Protection and Biodiversity Conservation Act 1999 occur in temperate woodlands.

At Jervis Bay, on the south coast of New South Wales, park managers have achieved the feat of protecting some high-profile endangered species, including the eastern bristlebird (Dasyornis brachypterus), in one of the most heavily trafficked conservation areas in the country, Booderee National Park. The park is managed by Parks Australia and the Wreck Bay Aboriginal community. Part of the reason they have succeeded is because they have woven the scientific knowledge gained from the Jervis Bay Booderee National Park Plot Network into park management decisions. Another is the mutually respectful relationships that have developed between the park managers and the researchers, who have been working in the park for more than 10 years. 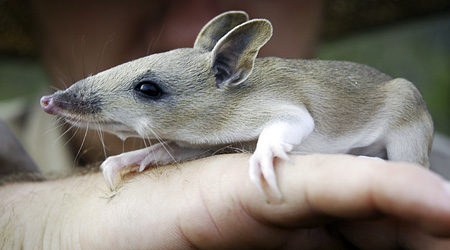 Similar things are behind the success of research on pastoral properties in the Simpson Desert, too. LTERN’s Desert Ecology Plot Network has supplied the raw research materials for 19 Honours and more than 20 Masters and PhD students. What they learned has changed local people’s views about the fragility and importance of deserts, and contributed to the decision of Bush Heritage Australia to buy two western Queensland properties, ‘Ethabuka’ and ‘Cravens Peak’, now conservation reserves.

Associate Professor Glenda Wardle of the University of Sydney, who has been working in the area for 16 years with colleague Professor Chris Dickman, said the time researchers have spent there has had many benefits for management of the local ecosystems.

‘One of our students, Anke Frank, now a post-doc, found that cattle grazing may lead to changes in the small patches of gidyea woodland, which function as temporary refuges for native species. Stands of gidyea are important, because they occur in spinifex grassland, which doesn’t always offer sufficient refuge,’ Glenda says.

‘As a result, we have something new to add to the already responsible management of the property between the two conservation parks. The manager is sensitive to cattle stocking rates, and responds quickly to destock or decrease his herds in droughts and after fires, to give the vegetation and the native creatures a chance.

‘We’ve been working there for decades, and the pastoralists are used to us being around. That brings conservation to the fore in day-to-day discussions, which has flow-on benefits for wildlife. And there is a constant exchange between scientists and graziers. They collect the remains of the feral cats they kill for us to study. We show them what we’ve found. There’s a lot of good will.’

She said the desert ecology program made a point of working with volunteers, most of whom spend blocks of at least three weeks in the desert, helping the scientists conduct their research. More than 1,000 people had volunteered their time. It was a way of spreading understanding about biodiversity and the importance of native species, Glenda said.

‘The volunteers go home to the city and talk to their friends about the amazing work they were doing, and why it’s important. So the education component of our work stretches back to the cities, too.’

Contemporary research builds on the past. Doctoral student Aaron Greenville is trying to fathom the interactions between species, rainfall and wildfire.

‘Of course, you need decades of data to be able to understand these interactions, because there are so many variables and they are changing all the time, depending on weather conditions,’ Aaron says.

‘Our understanding is evolving. For instance, there’s now quite a bit of evidence that dingoes help keep numbers of feral cats and foxes in check. Most graziers don’t like dingoes, but they also don’t like cats and foxes – when they shoot them, they’ll give them to us for research. Further east and north, we are seeing evidence of dingoes managing kangaroo numbers. Graziers like this because the ’roos can become over-abundant and compete with stock for food. Pastoralists’ views on dingoes are slowly changing.’

Tony Popic has recently completed his doctoral research in the desert plots. He found diverse interactions among plants and animals that visit their flowers, under different conditions, and discovered many new species of native bees and wasps.

‘Activity in the desert changes markedly and dramatically between times of rain and extended dry periods,’ Tony says.

‘We want to understand how this affects fundamental things such as pollination, which is important for the plants, for the insects and other creatures they feed — and for us, for livelihoods: if plants aren’t being pollinated new plants aren’t growing to feed livestock.

‘If we can get a handle on what’s happening, we can decide how to manage it so we maximise growing and regenerating conditions.’

As Emma Burns likes to say, ‘LTERN’s story is a story of how a consistent research presence in the place becomes part of the social landscape, part of the everyday lives of the people who live where we do our work.’