24 hours a day TERN’s camera feeds time-lapse images of vegetation to researchers to monitor the timing of vegetation development, including flowering, fruiting and leaf lifecycle—known as phenology.

The data allows scientists to analyse the direction and magnitude of changes to vegetation phenology due to climate change and extreme weather events, such as cyclones and droughts.

Perhaps surprisingly though, this camera—TERN’s new Sentinal Phenocam—doesn’t cost the Earth it monitors. In fact, thanks partly to its low price, experts including Dr Tim Brown of the Australian Plant Phenomics Facility, ANU node, are predicting that this new phenocam technology will facilitate the expansion of environmental surveillance systems all around the nation.

“I’m really excited about this new technology,” said Tim.  “Bringing the costs down and increasing ease of use opens up so many exciting new applications.

Specifically designed by TERN and its partners to meet the needs of Australian scientists, the Sentinal Phenocam uses an open-source Raspberry Pi single-board computer linked to an off-the-shelf digital camera in a water and vandal proof dome camera housing.

Through smart use of electronics the fully connected (Wi-Fi, Bluetooth, 4G) sensor system is able to work in the most robust conditions while running on low-voltage solar power.

Importantly, the phenocam can be remotely controlled from an online control centre, which notifies researchers if a camera stops recording, thus avoiding data collection gaps.

“One of the clear advantages of the new camera design is that it’s easy to monitor up-time so we don’t miss vital monitoring periods, such as the change of seasons,” commented Tim.  “This lets us build better quality long-term datasets that are crucial for enabling phonological research.”

The Sentinal Phenocam is part of a nation-wide network of phenocams that has been installed by TERN and fellow NCRIS project the Australian Plant Phenomics Facility (APPF), at TERN SuperSites around Australia.

This network of cameras forms part of a larger network called the Australian Phenocam Network, which, together with the TERN SuperSites BioImage Portal are making huge amounts of time-lapse image data accessible to scientists studying seasonal vegetation changes and carbon dynamics.

TERN has plans to roll out the new Sentinal Phenocams at its environmental monitoring SuperSites nation-wide and we look forward to reporting on the research they facilitate in future TERN newsletters. 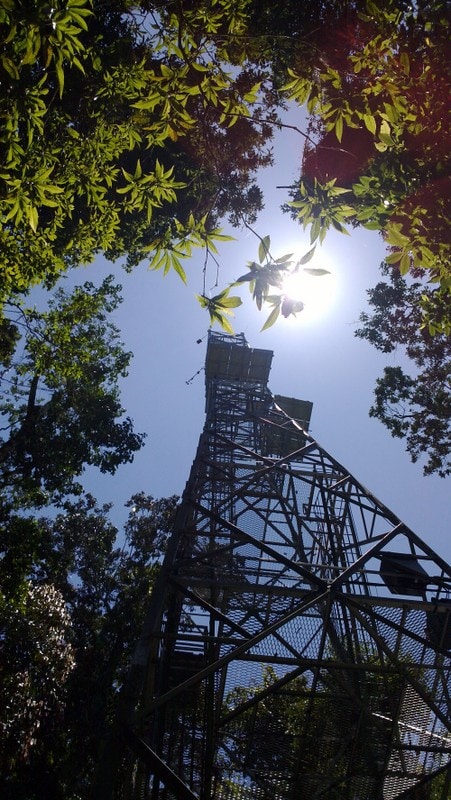