The official launch of the TREND program on April 27 was an opportunity to showcase the work that researchers have already completed, and give a taste of things to come. The launch coincided with the release of the TREND smart phone app, which will underpin its citizen science program.

TREND, Transects for Environmental Monitoring and Decision Making, is a program of TERN’s Long-Term Ecological Research Network (LTERN). The Hon. Tom Kenyon, the South Australian Minister for Science, strongly praised the program at its launch at the National Wine Centre in Adelaide.

‘With science clearly showing that climate change and global warming are a real threat to our society, it’s exciting to see such cross-disciplinary research as this being undertaken,’ Mr Kenyon said.

People at the launch were very interested in the citizen science smart phone app, and the TREND team said it was looking forward to developing that part of the program. The app is available on the Android platform, and an Apple iPhone-compatible version is being developed.

TREND has been publicly available through its website since October, when it drew crowds of curious citizens at the Earth Station festival.

Published in TERN e-Newsletter May 2012 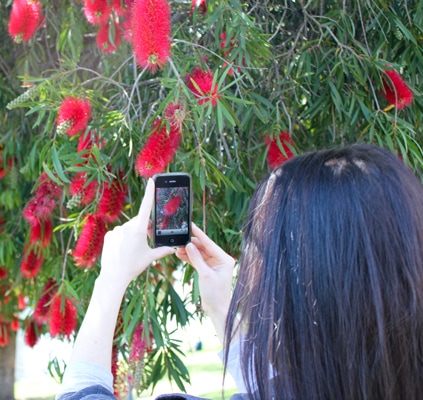 Users are encouraged to submit sightings of plants and animals, whether native or introduced, that are sensitive to environmental change 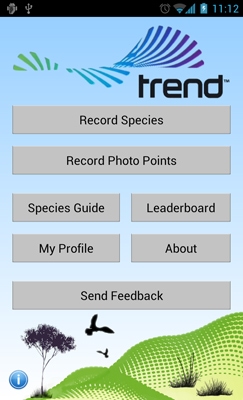