When weeds are good

New science has shown that there can be a positive relationship between weeds and native plant biodiversity in grassland ecosystems, debunking some long-held assumptions that underpin common weed management practices. We hear from the paradigm-busting scientists who are changing the way we consider the threats of weeds to native biodiversity.

“Negative by default” is how humans perceive weeds. They’re a threat to native biodiversity, so we spend millions of dollars on their eradication. But is this paradigm true for all ecosystems and all weeds? And, do we really understand the exact interactions between weeds and native species in our managed and natural ecosystems?

According to an international team of researchers, the answer is “no, not necessarily”, so they’re working to fill this knowledge gap by examining weed-biodiversity interactions in detail. And what they’re finding is unexpected, potentially controversial and may challenge prevailing notions of best practice weed management among conservation practitioners.

Remnant grassland in Mokota Conservation Park in the Mid-North region of South Australia, one of the sites included in the analysis (image courtesy of Greg Guerin)

Weeds can correlate with native biodiversity

“Contrary to most people’s notions, we found that most of the time weeds have a positive or neutral association with biodiversity in the Australian grassland ecosystems we studied—that is, the more weeds found at sites often the higher the level of native species diversity,” says Dr Irene Martín-Forés of the Spanish National Research Council (CSIC) at the National Museum of Natural Sciences in Madrid. “In fact, we found no apparent competition between weeds and natives nor emergent negative effects on overall native diversity.”

Irene and her colleagues from The University of Adelaide came to these conclusions after analysing data on species richness, cover and diversity collected from hundreds of grassland monitoring sites of varying levels of disturbance throughout the greater Mount Lofty Ranges region of South Australia.

“At the most disturbed grasslands sites with land-uses such as cropping and modified pastures, rather counterintuitively, the positive association between weed and natives was highest,” says Irene.  “This is most likely due to the complementary roles between exotic and native species in the occupation of space and use of resources. They work together, facilitating each other to colonise degraded sites, instead of competing.” 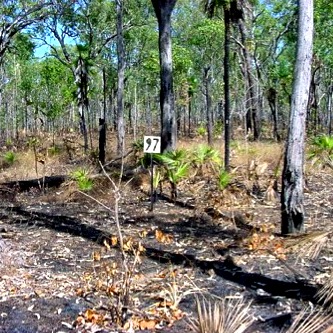 Data on species richness, cover and diversity collected from hundreds of grassland monitoring sites of varying levels of disturbance throughout the greater Mount Lofty Ranges region of South Australia were used in the study

A new way of managing weeds

“What these findings suggest,” says team member Dr Greg Guerin, “is that, although a minority of weed species are having strong negative impacts on native plant biodiversity, these interactions can’t be generalised across all weeds and ecosystems. This challenges the notion that all weeds need to be removed from remnant mediterranean-climate grasslands, regardless of identity, or that weed cover or diversity per se is a valid condition measure.”

Fellow researcher Professor Andy Lowe says that “management focusing on general weed eradication rather than targeting particularly problematic species in grasslands may well turn out to be ineffectual.”

“What’s needed is a transition to a new paradigm,” says Andy.  “A model in which human perceptions about weeds should not be negative by default.  Instead, a more nuanced understanding to conservation is required, one that involves assessing exotic species in native systems on a case-by-case basis needs to be considered.”