Welcome to our early-winter TERN e-newsletter, which arrives as another bout of COVID-related travel restrictions grip our country, potentially interrupting TERN ecosystem monitoring. Fortunately, both our surveillance field teams were already at work in Western Australia when borders closed.

One TERN surveillance team is working in the north of Western Australia, undertaking measures of plots that are part of a project funded through the Pilbara Environmental Offsets Fund (PEOF). PEOF delivers environmental offset projects in the Pilbara bioregion of Western Australia in partnership with traditional owners, conservation agencies, industry and government.

TERN’s other surveillance team is in the south of the state, ready to resample SWATT – the South West Australian Transitional Transect, one of TERN’s four national ecological transects or plot networks that traverse key Australian terrestrial ecosystems. Complementing this work, the team, in collaboration with Bush Heritage Australia, is providing training for indigenous rangers in the Birriliburu Indigenous Protected Area (IPA) in the Little Sandy and Gibson Deserts of Western Australia, an area roughly the size of Tasmania. In case you are not familiar with the terminology, an IPA is a class of protected area formed by agreement with Indigenous Australians and declared by Indigenous Australians. Each is formally recognised by the Australian Government as being part of the latter’s National Reserve System.

After completing their indigenous training, SWATT resampling and Pilbara offsets work, the surveillance field teams will stay in Western Australia for as long as border closures are in place, or maybe longer, setting up new transects under TERN’s “WA State Government Co-Investment for NCRIS” project.  With the help of the WA Government funding, TERN is establishing mini transects (~100 km) centred around the Great Western Woodlands, Boyagin Wandoo Woodlands, and Gingin Banksia Woodlands SuperSites respectively and extending east/west or north/south along climate gradients.  These will provide three climate transition transects within and adjacent to the Southwest Botanical Province (a biodiversity hot-spot), including coastal and woodland landscapes, and the southwest Interzone that is a component of the broader SWATT. These transects will not along provide information on tipping points for ecosystems but help TERN in establishing a Biodiversity Monitoring Framework, which we hope to roll out to other parts of Australia in due course.

Finally – it seems that this is the time of year for surveys so apologies and thanks in advance. We recently emailed you details of the Australian Government’s survey that asks what we want from Australian National Research Infrastructure (closes 30 June). Now there is another coming your way and it is a TERN survey, so we really hope you will participate. We are even throwing in a coffee/tea voucher for the first 400 participants. The answers to the survey will help TERN to understand the users and use cases for its data and products. From the answers, we will build better services and if necessary, re-prioritise our work. We are working with an independent market research agency, Fiftyfive5, to conduct the online survey. Some of you may also be contacted directly by Fiftyfive5’s Darren Kemp or Emma Hetherington – we hope that you will assist them so that we can ensure TERN can learn what you need from our infrastructure to best support your work.

In the meantime, happy reading of the information-rich June newsletter. 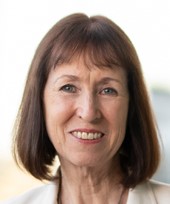