From the ground up: a new way of seeing Australia’s soils

Much of the information and data collected on Australia’s soils is like the soil itself – old, vulnerable and only very good in places.

The role of TERN’s Soil and Landscape Grid is twofold: to deliver a flexible soil information and data delivery framework which will provide scientists with the best estimate of soil functions at a fine resolution across the country, and to guide future data collection, so that the soil-science community can improve the quality and breadth of information on Australia’s soils. As well as using existing soil data, it entails adding developments in techniques for measuring soils, proximal soil sensing, digital soil mapping, and the use of spatial statistics to provide estimates of the main functions of soils in different ecosystems.

With this infrastructure and data, scientists will have on hand information about soil functions to below the rooting depth of plants for all parts of the country. As the information will be available at such a pin-point resolution, it will be possible to get an accurate picture of the influence of soils on ecosystems under pressure from different land uses and a changing climate. The system will also provide model parameters for a range of ecosystem, land-management and climate models.

Soils facility Director Mr Mike Grundy said the development of the national soils grid was a work in progress.

‘The grid will be an enduring information framework which will deliver functional soil and ancillary information over the next two decades – and which will connect with both legacy and new soil data,’ Mike says.

‘In this first iteration, we will have a high level of uncertainty in many areas, but at least that uncertainly will be explicit, so we know exactly what problems we are resolving. As information improves, it will continually enhance the national soil grid. We are designing it so that it will connect in real time with the major suppliers of soil data and with those who use soil information.’

One of the benefits of being part of TERN is that the Soils facility’s infrastructure can interact with other TERN infrastructure. The availability of combinations of such powerful tools will lead to innovative uses of soil information, which will further boost understanding of soil function and quality.

In the meantime, one of the first publicly available tools to publicly share Soils facility data was launched recently. An iPad app called SoilMapp, which was developed by a partnership headed by the Australian Collaborative Land Evaluation Program, gives users access to soil data, either for their current location by using the iPad’s GPS or for any place in Australia they nominate. 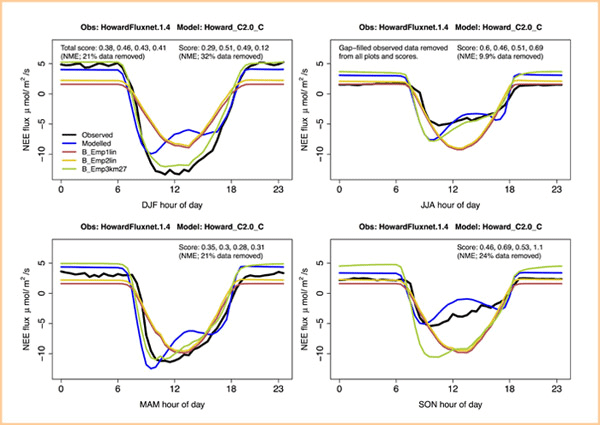 A stage in the development of new soil infrastructure … existing soil
maps from the far north and south-west of Australia, which have
vastly different soils and climates, have been enhanced by identifying
the likely distribution of soils and soil functions within mapping units