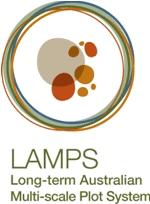 With three sub-facilities to bring together, the LAMPS team has its work cut out for it — and a workshop coming up soon will help fine-tune the science underpinning the ecological plot and transect aspects of TERN.

LAMPS, the Long-Term Australian Multi-Scale Plot System, is the TERN facility that is responsible for harmonising a national network of terrestrial ecosystem monitoring plots and transects at several spatial and temporal scales.

To do this, LAMPS coordinates the three sub-facilities, AusPlots, LTERN (Long-Term Ecological Research Network) and the Australian Supersite Network, which make up the MSPN, or Multi-Scale Plot Network, facility of TERN.

LAMPS will facilitate the development and use of a set of long-term data collection procedures and archives from plots, sites and transects across Australian ecosystems. The MSPN will build selected flora, fauna and biophysical data sets that will be suitable for use in answering ecosystem science questions and for developing and testing ecosystem models.

LAMPS will run its second workshop on 7 and 8 November at the picturesque Serafino winery in McLaren Vale. LAMPS coordinator Dr Nikki Thurgate said that representatives from all facilities and partners would attend to help refine the big-picture ecological questions that the facility is addressing.

‘It’s important to note that the sub-facilities and facilities that comprise the plot system contribute different data, and cover a broad spectrum of spatial, temporal and informational scales,’ Nikki said. 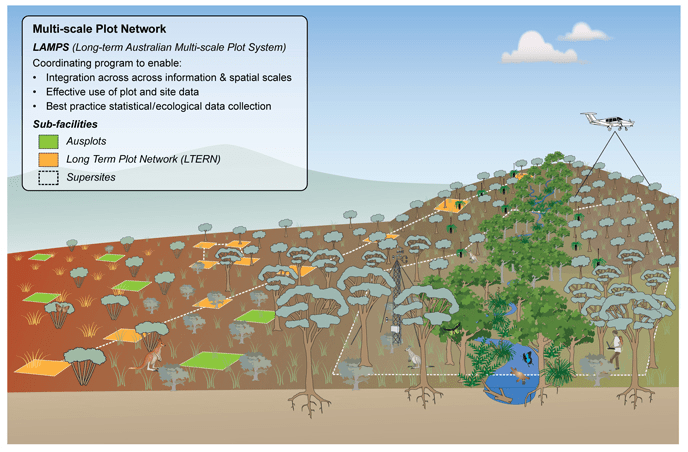 Components of the Multi-Scale Plot Network

AusPlots provides the greatest spatial coverage in the MSPN. Its programs, Rangelands (hosted by the University of Adelaide) and Forests (University of Tasmania), will establish a continental network of ecosystem surveillance and baseline vegetation and soil monitoring plots — about 1,200 of them.

Having a large number of plots covering the most important Australian ecosystems and landscapes means that AusPlots will be able to provide coherent and compatible ecologically relevant data collected in a consistent manner. It will contribute to the ecological, remote sensing and modelling research communities a wealth of information from many of Australia’s most widespread and under-sampled ecological communities.

It will also provide local, state and federal management agencies with enhanced biodiversity information to assist them in making better management outcomes for their areas.

After a great deal of consultation, the sampling method to be used has now been decided and is being documented. The AusPlots team has commenced initial rangelands surveys in South Australia and the Northern Territory.

LTERN, which has the largest historic and temporal data sets in the MSPN, is arranged differently to AusPlots. It makes use of a set of existing and new plots and transects that represent national ecosystems and biomes to gather information that will inform on the status of Australian biodiversity and change over time.

By integrating the data collection from these sites, researchers will be able to develop better understanding of change associated with natural and human disturbance, management interventions and climate.

As the transects mature they will help scientists answer broad questions about the drivers of change in Australian ecosystems. Among the compelling unknowns that Australians need to understand better are the impact of changing climate and the role of carbon sequestration in a variety of habitats.

The North Australian Tropical Transect (NATT) takes a slice of landscapes from Darwin to the arid interior to provide gradients of rainfall, fire and land use in northern Australia. Many of research sites along the transect are already well established.

By studying ecological and physiological processes and drivers over biophysical continuums, scientists will be able to better understand the dynamics of these systems. NATT also enables monitoring of changes to boundary dynamics as local management, and global climate change takes place. NATT was established as part of a network of transects that traverse the world’s major biomes, under the auspices of the UN’s International Geosphere–Biosphere Program. Under TERN the NATT will increase our understanding of northern Australian ecological dynamics and the drivers of change. The NATT is led by Dr Alan Andersen at the CSIRO Tropical Ecosystems Research Centre.

The South West Australian Transitional Transect (SWATT) extends from the coast in the Warren Bioregion to the middle of the Little Sandy Desert Bioregion. The SWATT will measure temporal and spatial changes in the composition of communities in response to changes along environmental gradients. In addition to creating new monitoring sites SWATT will build on a number of biological survey sites already established in Western Australia. Revisiting these sites allows scientists to probe for answers to a range of questions, including whether the community composition and spatial arrangement of the landscape have changed since the plots were established and, if so, what factors have driven this change.

The Transect for Environmental Decision Making (TREND) is establishing baseline monitoring transects to assess the impact of our changing environment on terrestrial ecosystems, primary production and marine systems in South Australia.

TREND will equip the state with tools critical for adapting successfully to a changing climate: an early warning system for environmental impacts, and a legacy of long-term monitoring. TREND has been designed to evolve over time, with researchers continuously collecting new data that will assist managers of natural resources and agricultural systems to incorporate climate change into their planning well into the future.

Field work has commenced along all components of the TREND transect. In the Flinders Ranges, Dr Greg Guerin is collecting information. One outcome already noticed is that the constant involvement of South Australian policy-makers in TREND has resulted in a flow of TREND information from scientists to managers.

An exciting aspect of TREND is its use of the latest data-collecting technologies to encourage public engagement and participation with its citizen science programs. TREND will launch the citizen science component of TREND at the upcoming Earth Station festival.

The Australian Supersite Network extends the capacity of LAMPS by providing a nationally consistent, intensive suite of ecosystem measurements at selected sites. These include measurements of landscapes, vegetation dynamics and stocks, biodiversity, microclimate, fluxes (in conjunction with OzFlux), hydrology and biogeochemistry. This facility, which produces the most intensive set of measurements among the MSPN groups, is directed by Associate Professor Mike Liddell at James Cook University.

The large volumes of data to be produced by each supersite can be combined to build large models. These provide process-based information on ecosystem function, and land managers, scientists and the public will use them for making decisions on how best to manage the environment, among other things.

Supersites build on established sites, such as the Warra Forest Site in Tasmania, Australia’s original long-term ecological research site, and a combination of other existing and new sites across a range of biomes. Data are already available through the Supersites Portal.

You can learn more about the work of the MSPN facilities in upcoming issues of the TERN Newsletter: AusPlots in October, LTERN in November, and the Supersites in December. 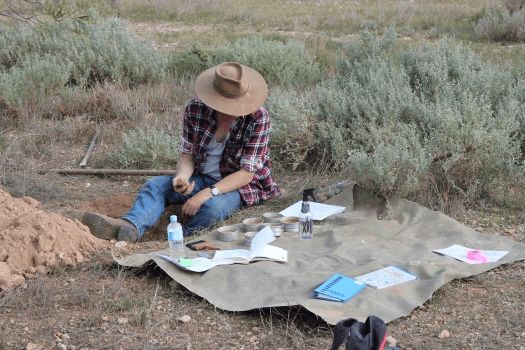 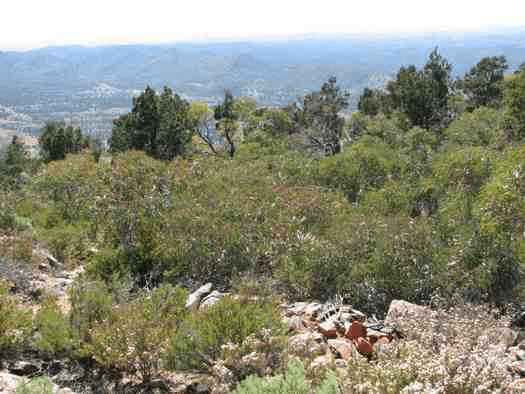