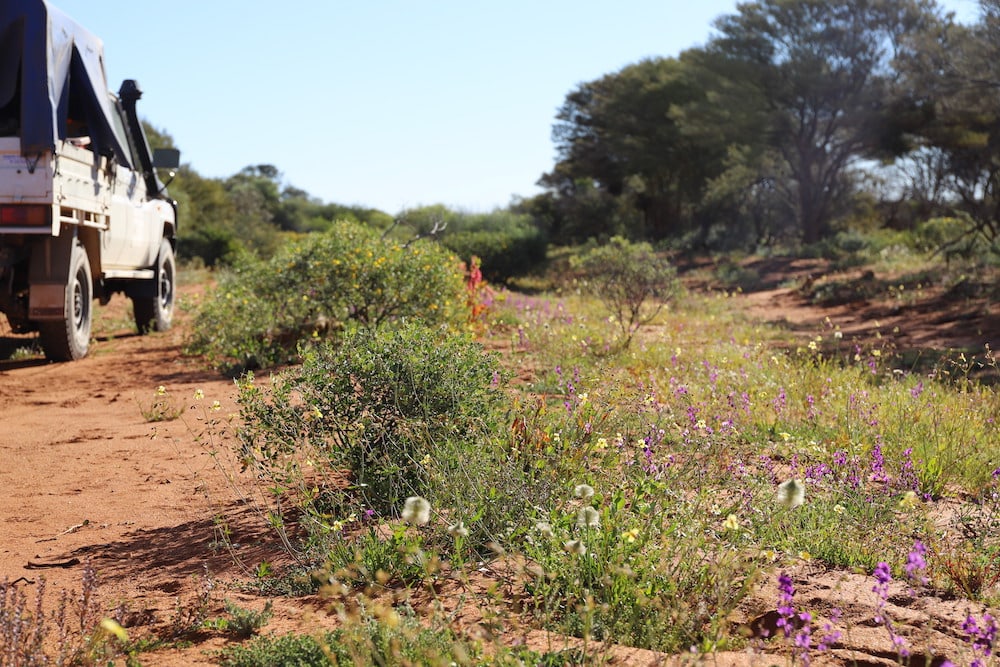 We thank the botanists at Australia’s regional, state and national herbaria for their expertise, ensuring TERN’s open data related to flora have been verified and can be trusted by researchers. Join our field botanists at one of the first TERN monitoring sites established, as they re-survey the local environment a decade later and remember the legacy of renowned botanist, David Symon.

In 2011, five plots, each of one hectare size, were surveyed, with the team collecting baseline soil and vegetation data and samples for reference and open access. In July 2020, the TERN field team returned to the Brookfield plots to re-survey, adding temporal depth to the data.

Fantastic to be back in the field, collecting data & samples for your research! 🥳🥰
This week our field-team was at Brookfield Conservation Park, SA resurveying permanent TERN plots & conducting training & method calibration.#OpenData & samples coming soon...#NCRISimpact pic.twitter.com/NovKO0n5zi

At Brookfield, as at all of TERN’s more than 780 plots Australia-wide, the field team collected representative samples of all vascular plants. These vouchered samples consist of a pressed and dried sample of both the above- and below-ground parts of an individual plant, including leaves, stems and, where possible, flowers, fruits and roots.

The plant samples are then lodged at the appropriate state/territory herbarium, regional herbarium, or with the Australian National Herbarium where an expert botanist identifies the voucher specimens, providing concrete, verifiable evidence of the vascular plant species found in the TERN plots. The vouchers are then curated at the identifying herbarium, National Herbarium or at TERN’s South Australian hub at the University of Adelaide.

All specimens are barcoded in the field and scanned through a custom-built field app, permanently linking the specimen to the collection location and date, as well as its tissue sample. Voucher specimens and tissue samples are freely available to all researchers and any movements between herbaria or within the research community can be tracked via the barcode.

Botanist David Symon received the vegetation samples collected by TERN at the original Brookfield surveys in 2011. At 91, David was still working in an honorary capacity for the South Australian State Herbarium and he identified many of the Brookfield plants collected by the TERN team.

While David passed away not long after this, he left a distinguished and enduring legacy at South Australia’s Waite Arboretum and State Herbarium.

David’s own extensive voucher collection of 11,500 specimens, including his research taxa of Solanaceae, Cassia/Senna, Oxalis, plants of the Simpson Desert, Trifolium subterraneum, and Rosaceae, were lodged at the Waite Herbarium, which has since gifted its collection to the State Herbarium of South Australia.

“As curator of the Waite Arboretum, he made the radical decision not to water the trees after establishment to see which species performed well on rainfall alone. This long-term experiment has contributed to the selection of trees for Adelaide’s streets, parks and gardens.”

TERN surveys turn up things that others overlook

“Even though Brookfield Conservation Park has been well studied, the thorough and methodical TERN sampling still uncovered a few new local records.

It also produced some intermediate or unusual forms of some species, particularly amongst the Chenopods which are well represented there.

It is good that the pressed plant collections are accompanied by tissue samples, taken and preserved as a standard practice, to facilitate DNA sequencing that may help in understanding such variation.”

“Documenting as much as possible at a site— using vouchers to authenticate taxonomy—enables TERN to uncover things that a targeted survey might overlook, such as new weed species.

Curated vouchers collected by TERN are used by researchers to identify localities of species, and for additional taxonomic, genetic, ecological, and environmental research.  They help cross-reference changes to previous research, ensure currency and longevity of the data, and contribute to a wide variety of research.

However, none of this would be possible without Australia’s expert botanists at herbaria.”

TERN, therefore, thanks David and Peter and all the botanists at Australia’s regional, state and national herbaria for their time, knowledge and skills, which ensure TERN’s voucher specimens, plant data and samples are of the highest quality and usefulness for use by researchers. 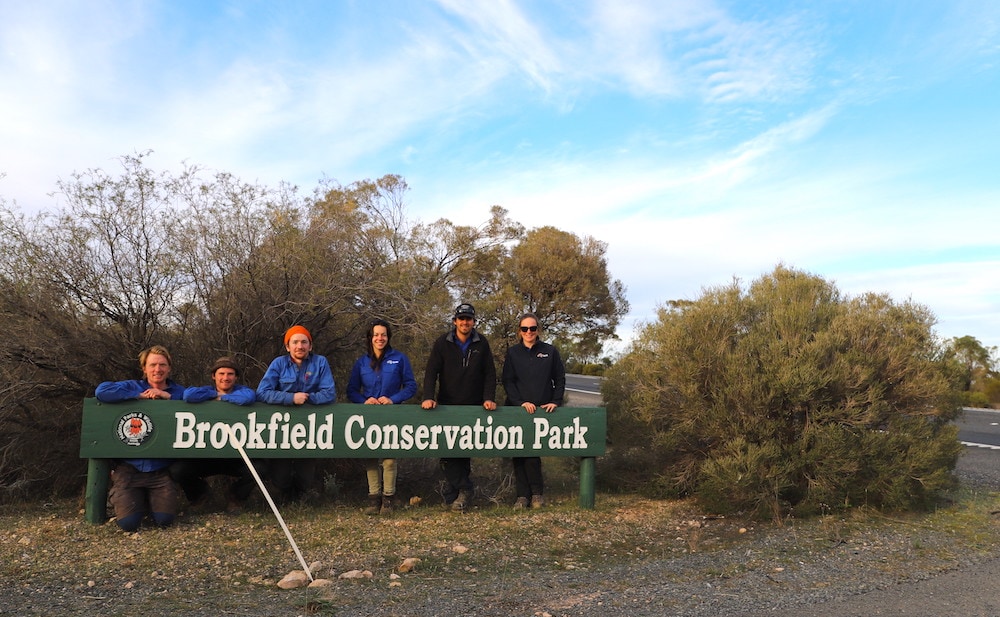 In July 2020, the TERN field team returned permanent monitoring plots in South Australia’s Brookfield Conservation Park to re-survey, adding temporal depth to the data (above and below) 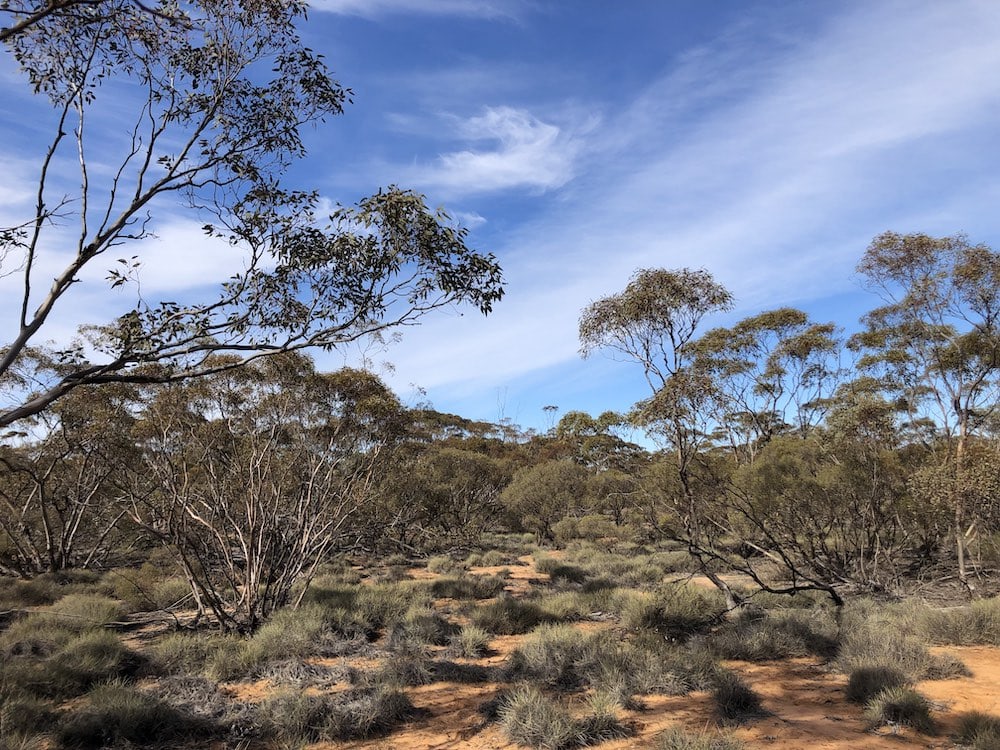 Download a snapshot of the data collected during TERN's 2011 survey at Brookfield Conservation Park.
Click Here
Back to News